Windows 11 – What you need to know 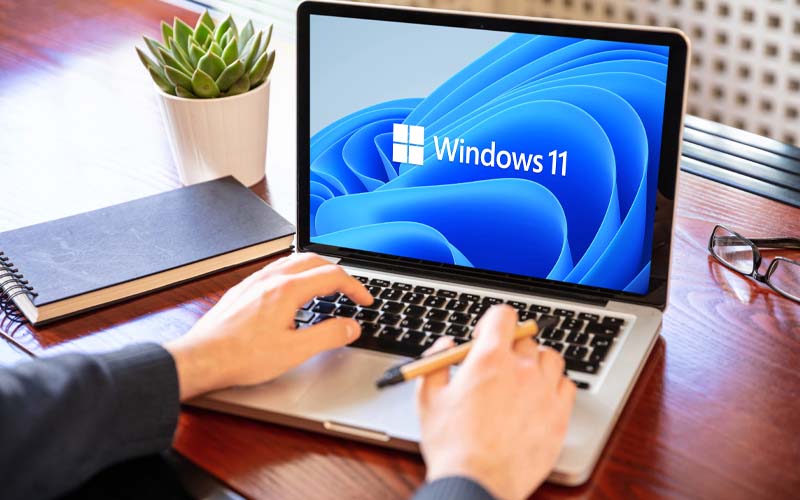 You may have already received a notification encouraging you to upgrade to Windows 11, but let’s not get ahead of ourselves – you’re probably not sure whether upgrading now is right for you.

Windows 11 is the most significant update to Microsoft’s flagship operating system that we’ve seen in half a decade. It comes with an entirely new design and faster apps to empower productivity and encourage creativity, but there is still much to consider before deciding to upgrade.

Microsoft has introduced CPU constraints, which means that many PCs with 1Ghz and a dual-core 64-bit CPU wouldn’t be able to run Windows 11 unless Microsoft deems their device compatible.

‘Compatible’ products will have at least 8th generation Intel CPUs or 2nd generation Ryzen AMD CPUs. Therefore, Intel CPU’s dating back to pre-2017 and AMD CPU’s pre-2018, are not supported by Windows 11.

Another major issue is that those of you who own a PC with a legacy BIOS that does not have a Secure Boot option won’t be able to install or upgrade to Windows 11. We would also encourage those with a custom-built desktop to run a health check to see if your system can run TPM 2.0 (a specific security module that you might not be familiar with). Some users have posted hacks and workarounds for these issues, but they are not for the fainthearted!

What you will need to install or upgrade to Windows 11

The slick and modern design of Windows 11 is probably the most noticeable change. The new design is similar to the MAC OS and Chromebook layouts. The aesthetic is appealing but inconsistent, for example, multiple apps have the old design and are incompatible with the Dark Mode setting. Overall, Dark Mode isn’t good enough… Task Manager is still bright, and this inconsistency can be found within other legacy apps that still have the Windows UI design, which gets annoying.

Microsoft has centralised the taskbar, grouped the Soundbar with Wi-Fi and battery (Similar to Chrome), and rounded off the apps’ edges. You have the option to left-align the taskbar, but I prefer it in the middle. The apps also appear to be bigger to support of their touch screen PCs. If you are using a desktop that doesn’t support touch screen, you can choose ‘compact view’ to reduce their size.

Windows 11 have said that this update will increase user productivity and I believe they have delivered. Here is a selection of system updates within Windows 11 that embrace productivity:

The Snap layout is perfect for those with multiple monitors, and it’s much easier to locate in Windows 11 compared to Windows 10. This feature will also remember your custom layout when your laptop goes to sleep, avoiding the annoying disruption that many users experienced with Windows 10. It is also straightforward to use: hover over the ‘restore down’ box and choose a layout that best suits you.

Windows 11’s Simplifies Settings. Since Windows 10 it is now much easier to navigate through Settings and locate specific options due to the introduction of a search bar. Simplified settings are possibly one of the best changes to the Microsoft operating systems. However, this can’t be said for changing your default browser, which can be a very longwinded process.

Microsoft Teams now allows you to message and call mobiles from the Teams app, regardless of the recipient being a Teams user. Hopefully, this encourages more people to use it, but I think that many of us still associate the platform with work. It still has a long way to go until it’s at the same level as iMessage.  Also, days after the Facebook announcement, Microsoft announced they’ve incorporated Zuckerberg’s Metaverse into their app. Mesh is complete with virtual spaces and animated avatars.

Microsoft has promised that Windows 11 users will be able to download Android apps from the Microsoft Store to their desktops. This comes as great news to many of us as we previously had to install an emulator to run android apps on windows, so it’s great that this is now built in.

Also, if you’re a creative user of Adobe applications, Windows 11 doesn’t currently support their products, so you may experience potential issues.

Is Windows 11 the update gamers have been waiting for?

Gaming and Windows 11 is seemingly a match made in heaven; it has even been called “the best version of Windows for gaming.” Windows 11 will automatically convert an SDR colour range to HDR. This is an Xbox feature that has found now its way into Windows. We would recommend comparing HDR and SDR side by side to avoid disappointment when playing.

Direct storage is intended to make things a lot faster because of SSD. This will allow Windows 11 to load game assets straight to the GPU without loading up the CPU, allowing faster game loading times and more performance due to more CPU availability. However, this isn’t implemented within any current games, so you will have to take Microsoft’s word for it until new games adopt it.

Something to remember before you upgrade…

Windows 11 is the best version of Windows yet. It’s been through a huge makeover, from the improved Snap layout to the simplified settings; there’s so much to shout about. But if you need more time to make your decision, don’t worry! Windows 10 isn’t going anywhere, well, not until 2025 at least.

Members of the easyNetworks helpdesk team are putting Windows 11 through its paces now – so when the time comes for your upgrade to Windows 11, our team of technical experts will be able to assist you with your transition.

Menu
This site uses cookies. Find out moreOk, thank you